Urban Cycling: a movement, a market, or both?

At the same time, cultural programs have tapped into the this movement. State of Design Victoria has structured their 2011 program around ‘design that moves’; ArtCycle Sydney offers monthly guided tours of art galleries, BikeFest Melbourne was launched in 2010 and the International Bike Film Festival just keeps growing!

So what are the markets that support this movement?"


http://anthillonline.com/urban-cycling-a-movement-a-market-or-both/
accessed Wednesday 18 May 2011
Posted by gilbert grace at 10:46 PM No comments:

Rachael Everett - 'The Other Side of the Rainbow'

The other side of the rainbow
Rachael Everitt*


The other side of the rainbow.

In The Other Side of the Rainbow Rachael Everitt captures the interiors of abandoned and empty; motels, roadhouses, houses and landscapes across the states of South Australia and Western Australia.

Created during her recent solo bicycle road trip, raising funds for Lifeline’s suicide prevention program, the 2010 People’s Choice recipient at the Marrickville Contemporary Art Prize delves further into her inquiry into issues of abandonment and its relationship to environment and psyche, human mental health and suicide.

An exhibition for the Head On Photo Festival
www.headon.com.au

* as part of the ATVP Spotlight on Local Artists Program

Calling all artists: The climate movement needs you!

"Throughout history, artists have joined forces with political movements to battle injustice and demand a better and more beautiful world. Picasso's "Guernica" captured the horrors of the German bombing of civilians in 1937. "Solidarity Forever," "We Shall Overcome," and "Give Peace a Chance" expressed the optimism and power of the labor, civil rights, and peace movements. Delacroix's "Liberty Leading the People" embodied the utopian fervor of the French Revolution. Shepard Fairey's Obama "Hope" silkscreen during the 2008 election captured America's yearning for a more visionary politics.

Great upheavals demand great art. And now humanity faces the gravest of threats: climate change. The climate clock ticks ominously onward, but thus far we have been unable to marshal what Bill McKibben and Naomi Klein describe as the "bodies, passion, and creativity" required to avert impending economic and environmental disaster...

McKibben, the founder of 350.org, is one of the few climate activists thinking seriously about the relationship between art, activism and social change. He views artists as "antibodies of the cultural bloodstream" and key to social movement vitality:

[Artists] sense trouble early, and rally to isolate and expose and defeat it, to bring to bear the human power for love and beauty and meaning against the worst results of carelessness and greed and stupidity. So when art both of great worth, and in great quantities, begins to cluster around an issue, it means that civilization has identified it finally as a threat. Artists and scientists perform this function most reliably; politicians are a lagging indicator.

In its finest moments, art reveals our shared experience of pain and struggle, letting us know we are not alone. As Theodore Dreiser observed in 1917, "Art is the stored honey of the human soul, gathered on wings of misery and travail." It has the ability to transform politics from a dry to a celebratory affair, using tools of laughter, sexuality, and beauty to coax people to cultural events where they experience, often for the first time, the power of social solidarity and political awakening. Art can help us digest and make sense of what is happening in our world -- a process essential for spurring political action..."

Posted by gilbert grace at 8:30 AM No comments: 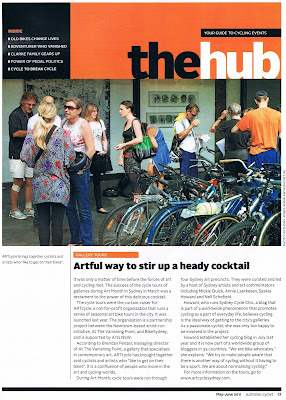 Posted by gilbert grace at 1:25 PM No comments:

Email ThisBlogThis!Share to TwitterShare to FacebookShare to Pinterest
Labels: medea 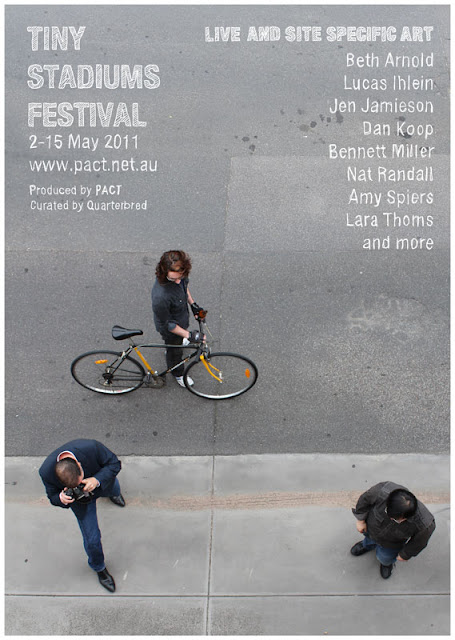 http://quarterbred.blogspot.com/
Posted by gilbert grace at 9:57 PM No comments:

Sending out a May Day

was a man who thought a lot about people and the way we live in the world. On a recent train trip to Portland, I read Ran Prieur's interesting little zine Civilization Will Eat Itself. Ran's zine had a link to his website and one of the things I found there was an excerpt from Illich's Toward a History of Needs. Ran chose to call this excerpt Ivan Illich on Cars but I found the more interesting nuggets were actually about bicycles.

A century ago, the ball-bearing was invented. It reduced the coefficient of friction by a factor of a thousand. By applying a well-calibrated ball-bearing between two Neolithic millstones, a man could now grind in a day what took his ancestors a week. The ball-bearing also made possible the bicycle, allowing the wheel -- probably the last of the great Neolithic inventions -- finally to become useful for self-powered mobility.

Man, unaided by any tool, gets around quite efficiently. He carries one gram of his weight over a kilometer in ten minutes by expending 0.75 calories. Man on his feet is thermodynamically more efficient than any motorized vehicle and most animals. For his weight, he performs more work in locomotion than rats or oxen, less than horses or sturgeon. At this rate of efficiency man settled the world and made its history. At this rate peasant societies spend less than 5 per cent and nomads less than 8 per cent of their respective social time budgets outside the home or the encampment.

Man on a bicycle can go three or four times faster than the pedestrian, but uses five times less energy in the process. He carries one gram of his weight over a kilometer of flat road at an expense of only 0.15 calories. The bicycle is the perfect transducer to match man's metabolic energy to the impedance of locomotion. Equipped with this tool, man outstrips the efficiency of not only all machines but all other animals as well.
The ball-bearing signaled a true crisis, a true political choice. It created an option between more freedom in equity and more speed. The bearing is an equally fundamental ingredient of two new types of locomotion, respectively symbolized by the bicycle and the car. The bicycle lifted man's auto-mobility into a new order, beyond which progress is theoretically not possible. In contrast, the accelerating individual capsule enabled societies to engage in a ritual of progressively paralyzing speed.

Bicycles are not only thermodynamically efficient, they are also cheap. With his much lower salary, the Chinese acquires his durable bicycle in a fraction of the working hours an American devotes to the purchase of his obsolescent car. The cost of public utilities needed to facilitate bicycle traffic versus the price of an infrastructure tailored to high speeds is proportionately even less than the price differential of the vehicles used in the two systems. In the bicycle system, engineered roads are necessary only at certain points of dense traffic, and people who live far from the surfaced path are not thereby automatically isolated as they would be if they depended on cars or trains. The bicycle has extended man's radius without shunting him onto roads he cannot walk. Where he cannot ride his bike, he can usually push it.

The bicycle also uses little space. Eighteen bikes can be parked in the place of one car, thirty of them can move along in the space devoured by a single automobile. It takes three lanes of a given size to move 40,000 people across a bridge in one hour by using automated trains, four to move them on buses, twelve to move them in their cars, and only two lanes for them to pedal across on bicycles. Of all these vehicles, only the bicycle really allows people to go from door to door without walking. The cyclist can reach new destinations of his choice without his tool creating new locations from which he is barred.

Bicycles let people move with greater speed without taking up significant amounts of scarce space, energy, or time. They can spend fewer hours on each mile and still travel more miles in a year. They can get the benefit of technological breakthroughs without putting undue claims on the schedules, energy, or space of others. They become masters of their own movements without blocking those of their fellows. Their new tool creates only those demands which it can also satisfy. Every increase in motorized speed creates new demands on space and time. The use of the bicycle is self-limiting. It allows people to create a new relationship between their life-space and their life-time, between their territory and the pulse of their being, without destroying their inherited balance. The advantages of modern self-powered traffic are obvious, and ignored. That better traffic runs faster is asserted, but never proved. Before they ask people to pay for it, those who propose acceleration should try to display the evidence for their claim.
----------

Illich really goes to the heart of what I respond to about a bicycle. It seems to me that a bicycle is perhaps mankind's most delightful gadget. I am swifter with a bicycle than I am alone. With a bicycle I can go more places, see more people and carry more things. Traveling by bicycle makes me stronger but still keeps me in touch with my limits, the shape of the land and the weather of the moment. On a bicycle I am still an active particpant in my journey rather than a passive passenger.
Thanks to Kent's Bike Blog
http://kentsbike.blogspot.com/2007/10/ivan-illich-on-bicycles.html
accessed Sunday 1 May
Posted by gilbert grace at 7:58 AM No comments: