Help is Other People 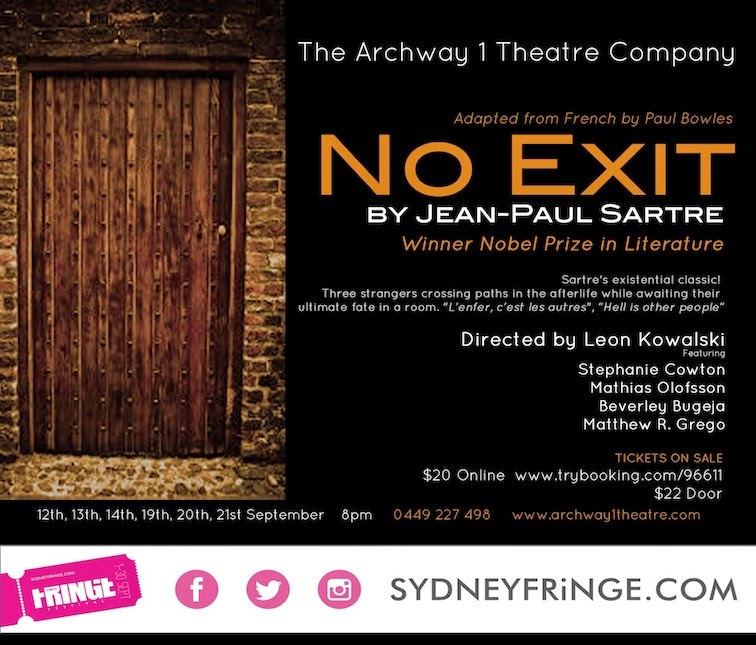 Two women and one man are locked up together for eternity
in one hideous room in hell. The windows are bricked up; there are no mirrors; the electric lights can never be turned off; and there is no exit. The irony of this hell is that its torture is not of the rack and fire, but of the burning humiliation of each soul as it is stripped of its pretenses by the cruel curiosity of the damned. Here the soul is shorn of secrecy, and even the blackest deeds are mercilessly exposed to the fierce light of hell. It is an eternal torment.

No Exit was published in 1944 and was also adapted for television in 1964 by the BBC, starring Harold Pinter and again in 1985 starring Omar Sharif.

Posted by gilbert grace at 7:23 PM